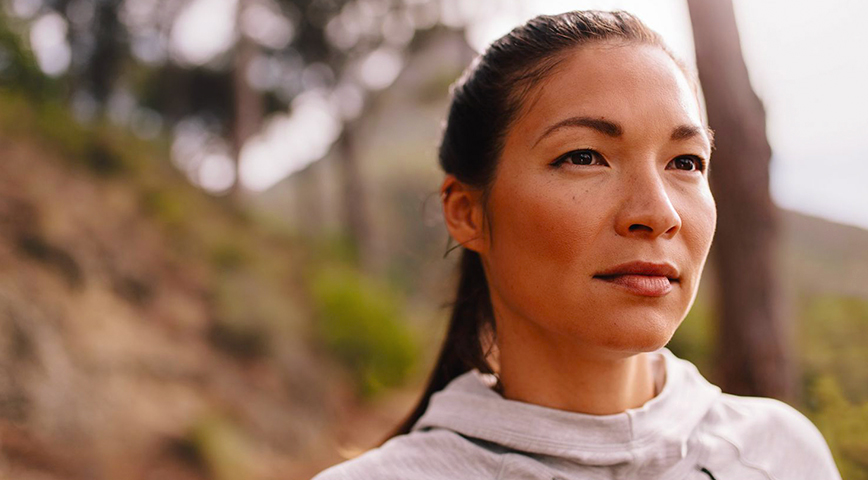 I found the embolisation technique to be quick, with some sensation during the procedure. Afterwards it just felt like period pain. I was able to go home after a two-night stay and move around without too much effort. I was off work from 27th of April to the 6th of May, but only as a precaution. I had some mild spotting and not too much pain – only taking Panadol for the first few days. I didn’t take the pain relief tablets prescribed to me at the hospital, as I didn’t need them.

My first period was five weeks after the surgery and I already noticed it wasn’t as heavy as before. My cycle returned to the 28 days immediately. I had a few days of light spotting at the end of each period lasting three to four days, but this was only for the first few periods. By my second and third periods the change was dramatic and I didn’t have the very heavy days.

Before UFE, I had to go to the toilet every hour to change. So I didn’t have the stress of worrying about long trips, I’d have to double-up on protection. I didn’t feel as though I couldn’t go anywhere because of the inconvenience.

I used to avoid going out, so I turned down invitations. I also had to make excuses to my manager to work in a location closer to home, because the travel time made things difficult – not easy when your manager is male! I was also really worried about soiling clothing, so I wore a lot of black.

I had a further blood test in June and I was cleared of any anaemia as my blood counts had returned to normal. My iron had dropped a bit, but my GP wasn’t worried as he said my body was using the iron to create red blood cells, rather than me losing it every month.

Things have returned to normal. I’m going out without problems and not carrying around or wearing extra protection. My husband has also noticed the difference, as he was impacted with what he could and couldn’t do and would have to make excuses for me for not going out.

UFE hasn’t left me with any side effects, scarring or pain and it’s so simple and easy. To think that I may have been referred for a hysterectomy if I had another GP is pretty frightening.

Thanks again for making life a whole lot easier!