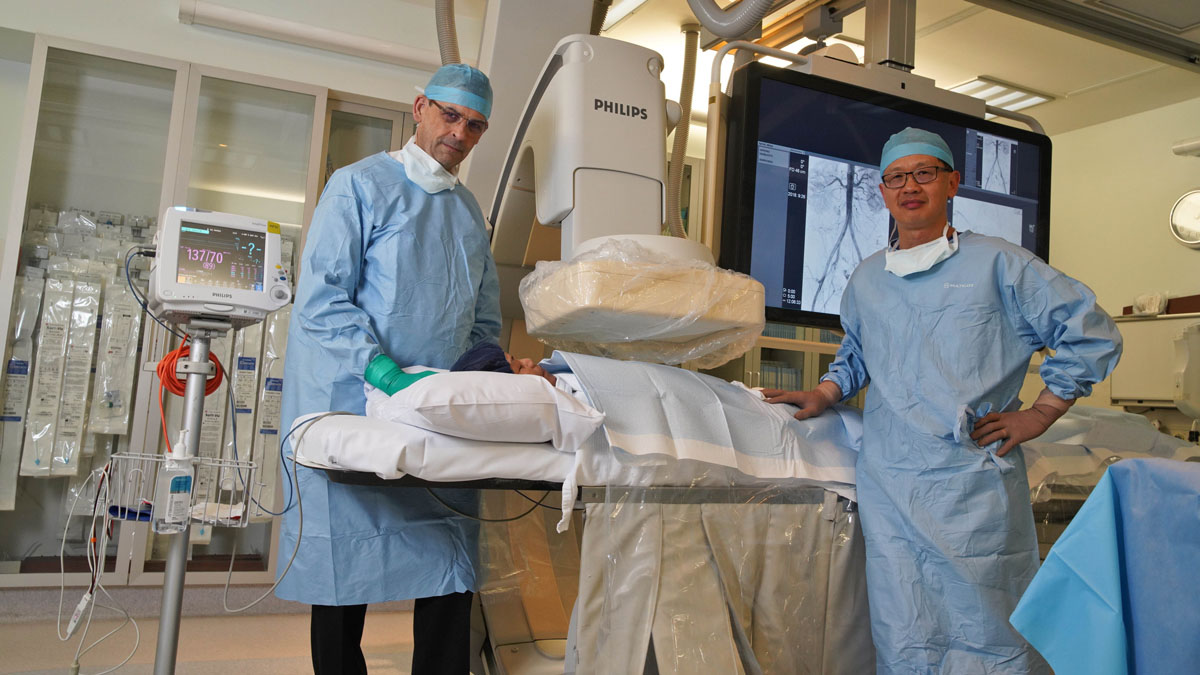 A ground-breaking new study undertaken by two doctors from Sydney Adventist Hospital is offering fresh hope for women whose lives are severely impacted by heavy menstrual bleeding and period pain.

The study, led by San interventional radiologist Dr Eisen Liang and gynaecologist Dr Bevan Brown, has shown that uterine artery embolisation (UAE) treatment may be a potential alternative for women who otherwise face the prospect of a hysterectomy. UAE is a little-known, non-surgical procedure, often used to shrink fibroids, which are non-cancerous tumours of the womb.

It is estimated that one-quarter of Australian women experience heavy menstrual bleeding and/or crippling period pain, which can be extremely debilitating to their quality of life.

“What many of these women don’t realise is that they may be suffering from a condition called adenomyosis, which is commonly found at hysterectomy,” Dr Liang said.

“Adenomyosis is a benign disease of the uterus. It occurs when the tissue that normally lines the inner cavity has infiltrated the wall of the uterus. The result is heavy central bleeding and period pain. The common and easy option treatment is hysterectomy – but for women who don’t want this, the good news is that there is a non-surgical alternative in UAE.”

The study followed the lives of 117 women with adenomyosis treated with UAE for heavy menstrual bleeding and/or severe period pain for an average of 22 months.

“The results were very encouraging,” Dr Liang said. “90 per cent of women were happy or very happy with the outcome, with an average quality of life score improving from 45 to 90.”

Only 5 per cent of the women required hysterectomy. Compared to a hysterectomy, UAE is much less invasive, is carried out under local anaesthetic and has a much shorter down time.

The study was recently published in the Australian and New Zealand Journal of Obstetrics and Gynaecology.